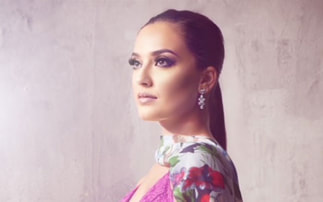 This captivating program of vocal and instrumental works features some of the finest Arab artists living in the US, as well as emerging names in Middle Eastern music. The exquisite Palestinian singer Nibal Malshi, who has been noted for her evocative vocals, graduated from the Jerusalem Academy of Music and Dance, and performed with such virtuoso musicians as Simon Shaheen and the National Arab Orchestra under the direction of Michael Ibrahim MORE INFO... 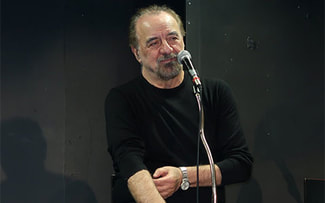 Grigoris Maninakis, a major vocalist of traditional and contemporary Greek music, is joined by his Mikrokosmos Ensemble in an engaging concert of rebetika, which is often called “the Greek blues.”.  MORE INFO... 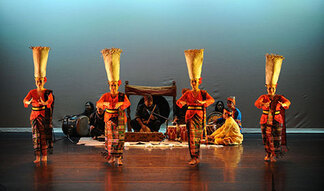 This exciting dance festival, now in its fifth edition, is a celebration of Mother Earth and the harvest with traditional dance from Asia and the Americas. Featured are the Red Hawk Native American Dancers, performing dances from various nations;    MORE INFO... 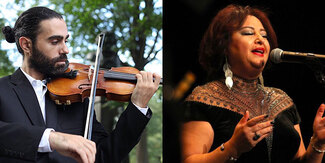 Takht al-Nagham, the performing ensemble of the Syrian Music Preservation Initiative, is committed to playing the Syrian classical and folk repertoire that is rarely heard in the US. This acclaimed New York-based ensemble features the sound of a traditional takht (Arab chamber music group).  MORE INFO... 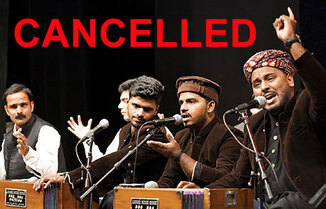 ©PNCA Pakistan National Council of Arts
Robert Browning Associates, Lotus Music & Dance, and Roulette present
CANCELLED
HAMZA AKRAM QAWWAL & BROTHERS
Sufi Chants of Pakistan
Saturday, March 26, 2022 at 8:00 pm
Pakistan’s Hamza Akram Qawwal & Brothers, grandsons of the revered Munshi Raziuddin, return to Roulette after their mesmerizing performance there in the spring of 2019. They have been acclaimed for their riveting interpretations of qawwali, the ecstatic improvisational Sufi vocal tradition made famous in the West by the late Pakistani singer Nusrat Fateh Ali Khan.  MORE INFO... 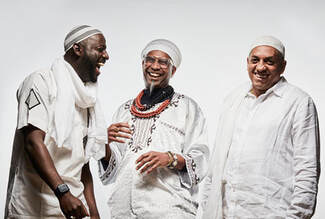 Cuban piano virtuoso Omar Sosa and Senegalese kora (21-string harp lute) master Seckou Keita, whose collaborations brilliantly embrace jazz, Latin and African influences, celebrate the release of their second album, SUBA. Written and recorded in 2020 during the global lockdown, SUBA is a hymn to hope, to a new dawn of compassion and change in a post-pandemic world, and a visceral reiteration of humanity’s prayer for peace and unity.  MORE INFO... 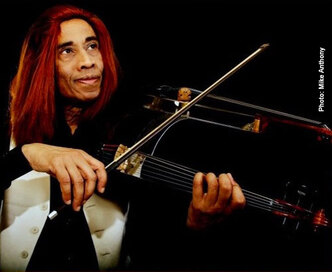 Master violinist/vocalist/composer L. Shankar (aka Shenkar) is renowned for his deeply soulful performances of Indian classical music. Since playing his first solo concert at the age of seven, he has gone on to accompany many of South India’s leading vocalists and become a major soloist.  In the 1970s, with John McLaughlin, Zakir Hussain, Vikku Vinayakram and Ramnad Raghavan, he co-founded the legendary Indo-jazz group Shakti. In the 1980s, he introduced a 10-string double violin capable of covering the whole range of the orchestra’s string section from violin to double bass. To date he has continued to expand the international audience for Indian music, often combining North Indian (Hindustani) and South Indian (Carnatic) styles. He will be accompanied by Abhijit Banerjee, one of the top-ranking tabla (tuned hand drums) players of his generation and a pioneering disciple of the late Pt. Jnan Prakash Ghosh.   MORE INFO... 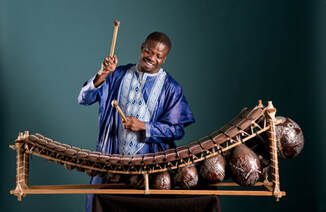 Award-winning balafon (xylophone) master Mamadou Diabate comes from a family of griots (oral historians/praise singers) of the Sambla people in Burkina Faso. Helping to keep alive the balafon’s 800-year-old history, he is a popular performer at festivals in Africa, Europe, Malaysia and India. Often when he performs balafon solos, he creates the impression that three balafonists are playing together.  MORE INFO... 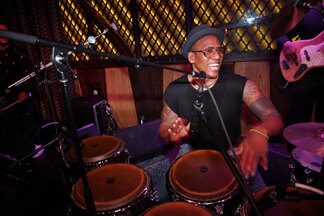 A consummate master of the Afro-Cuban folkloric music and the bata drum, Pedrito Martinez  is one of Cuba’s hottest musical exports. He has performed with dozens of Cuban rumba groups and contributed to several important films, including Calle 54 (2000) and Chico and Rita (2010). MORE INFO... 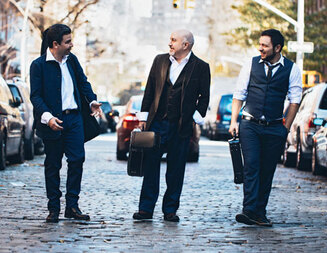 The Secret Trio is composed of three extraordinary musicians rooted in Turkish, Balkan Roma (Gypsy) and Armenian music who came together to create a new type of chamber music. Not bound by a single tradition, they perform original pieces and traditional melodies that incorporate the microtonal modes and improvisation of the Middle East, dance beats of the Balkans, and elements of jazz, rock, classical and world music.  MORE INFO...