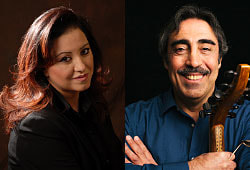 In this fascinating program, classical vocal and instrumental works by Egyptian, Syrian, and Tunisian composers, as well as original pieces, will be performed by two leading artists in the Arab world...  MORE INFO 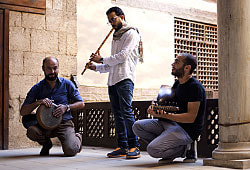 Mohamed Abozekry, an oud (lute) master still in his mid-20s, brilliantly explores three Egyptian musical influences: classical Arabic music, Sufi music of northern Egypt, and music popular along the Nile River. With Karkadé, his new project that he is bringing to the US for the first time...  MORE INFO 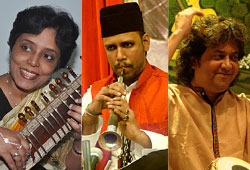 This special concert brings together three outstanding performers of Indian music and provides an opportunity to hear the shehnai (oboe), an instrument rarely heard in the Indian classical repertoire today.  The trio of shehnai, sitar (lute) and tabla (drums) will be featured together throughout the concert.   Mita Nag, a master of improvisation, represents the sixth generation of sitar players in her family....  MORE INFO 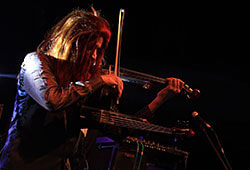 L. Shankar (aka Shenkar) is a virtuoso violinist and vocalist renowned for his deeply soulful performances of Indian classical music. Since playing his first solo concert at the age of seven, he has gone on to accompany many of South India’s leading vocalists and become a major soloist... MORE INFO 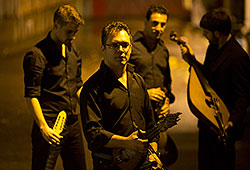 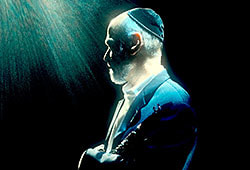 Master clarinetist and mandolinist Andy Statman has been a major figure in both Jewish music and bluegrass for more than four decades. After studying with the legendary Dave Tarras in the 1970s, he became highly influential in the klezmer revival movement. MORE INFO 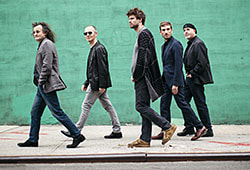 The Gloaming, an Irish supergroup formed in 2011, embodies the soul and history of Irish/Celtic music. Incorporating elements of jazz and contemporary music while remaining true to a lasting tradition, the group brings a freshness and vitality to traditional Irish music that defies labeling. MORE INFO

A World in Trance, now in its fifth edition, has been host to some of the world’s most captivating music, bringing people together in search of enlightenment and spirituality. 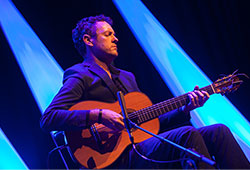 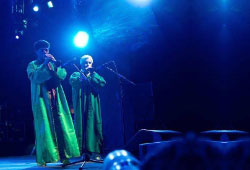 Inspired by the intoxicating sounds of the legendary Master Musicians of Jakouka, this ensemble of musicians from both sides of the Atlantic – Morocco and the US - explore the potential for sound to trigger a state of ecstasy....  MORE INFO 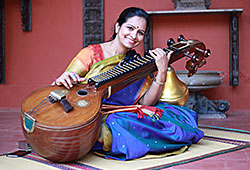 Jayanthi Kumaresh, one of India’s foremost veena (lute) players, has captivated audiences around the world for over three decades with her entrancing performances.  A sixth generation musician and niece of the legendary violinist Lalgudi Jayaraman, she began playing the veena at the age of three. Blending the traditional and innovative, Jayanthi seeks to express the true voice of the veena,...  MORE INFO 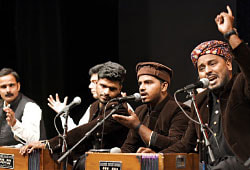 Pakistan’s Hamza Akram Qawwal & Brothers, grandsons of the revered Munshi Raziuddin, have been acclaimed for their riveting interpretations of qawwali, the ecstatic improvisational Sufi vocal tradition made famous in the West by the late Pakistani singer Nusrat Fateh Ali Khan. This award-winning ensemble represents the 26th generation of the seven centuries-old Qawwal Bachon ka Gharana of Delhi...  MORE INFO