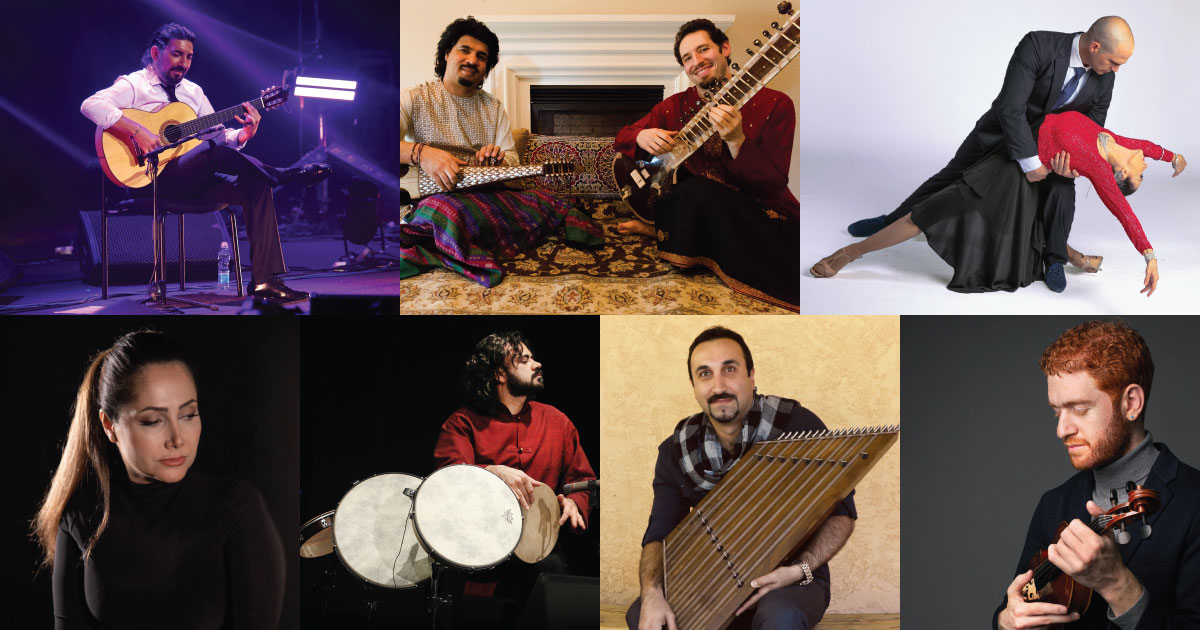 In our 46th year of presenting world music events in New York, we are happy to announce some of the artists who will be performing at Roulette in the fall. These exciting concerts will feature music from Gambia, Spain, Afghanistan, India, Argentina, Iran and the Arab world. Additional concerts will be added and we will keep you posted on these.

Fri Sept 23
Antonio Rey: Flamenco Guitar
Latin Grammy-winner Antonio Rey is one of the top flamenco guitarists of his generation, dazzling audiences around the world with his soulful performances. He has received various prestigious awards, including the “Premio Nacional de Guitarra,” and accompanied such renowned dancers as Antonio Canales, Joaquín Cortés, Juan de Juan, Rafael Amargo, and Farruquito.

Thurs Oct 27
Guillermina Quiroga Tango Company with the Pedro Giraudo Tango Quartet
Argentine Tango
Famed Argentine dancer/choreographer Guillermina Quiroga, one of the world’s leading female tango dancers, was described in the New York Times as “a beautiful dancer…elegant, dignified, commanding,” Her extensive credits include the mythical Tango Argentino and Forever Tango  on Broadway. She will be joined by her longtime partner, Mariano Logiudice, who has performed at numerous tango festivals around the world, and the Latin Grammy award-winning Pedro Giraudo Tango Quartet (bass, violin, bandoneon, piano), a virtuoso ensemble that brings to life the passion and beauty of the Argentine Tango repertoire.

Sat Nov 12
Layth Sidiq: Maqam Mosaics
The extraordinary award-winning violinist/composer/educator Layth Sidiq brings together an outstanding ensemble of musicians performing music of the Arab world. Layth is the current artistic director of the New York Arabic Orchestra and has shared the stage with such major artists as Simon Shaheen and Javier Limon.