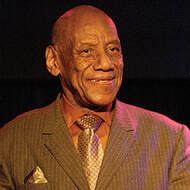 In early November, the world lost one of its legendary percussionists. The groundbreaking conga virtuoso Candido Camero, born in Havana, Cuba, was one of the most influential figures in Afro-Cuban music and the first percussionist to bring conga drumming to jazz.  He pioneered the use of multiple drums in performance (in the past congueros had used a single drum), developed the technique of coordinated independence, and was the first to tune multiple congas to specific pitches, allowing the drummer to play melodies. With Dizzy Gillespie, he played a major role in the development of Latin jazz. In his long career, he worked with such leading figures as Charlie Parker, Billy Taylor, Stan Kenton, Miles Davis, Charles Mingus, Lionel Hampton, Sonny Rollins, Tito Puente, Machito, and Tony Bennett. One of the most recorded conga players, he had appeared on over 1,000 recordings. In 2008, he received the NEA Jazz Masters award, the nation’s highest honor in jazz, and in 2009 he received the Grammy Lifetime Achievement award. A documentary, Candido: Hands of Fire, was made about his remarkable life.

We presented Candido five times under the auspices of World Music Institute, and each one was a mesmerizing experience. Our first concert with Candido took place in 1999 when he was a guest artist with Bobby Sanabria’s Ascension. He later performed in 2005 with an array of Cuban musicians under the direction of Chico Alvarez, in 2006 and 2010 as a member of the Conga Kings, and in 2008 with trombonist Roswell Rudd as guest artist with David Oquendo’s Havana Tres and Raices Habaneras.

“His innovations – in terms of coordinated independence, melodic playing, the use of multiple drums – are the stuff of legend.” – Bobby Sanabria in WBGO tribute 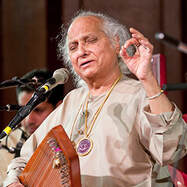 Legendary Indian vocalist Pandit Jasraj, who died at the age of 90, was one of the last great masters of classical music from the older generation. He was called "an incomparable genius, the kind born once in a century" by Sanjeev Abhyankar, one of his senior disciples. Jasraj, a pioneering artist, was celebrated for his extraordinary vocal range and his soulful renditions of khayal, the highly improvised classical style that is North India's main form of vocal music. He introduced the highly ornamental elements of thumri (light classical song) to this traditionally rather austere form, giving it greater flexibility and helping to popularize it. In addition, he was recognized for his introduction of sacred Vedic texts into the classical music idiom. He was born into a family of four generations of outstanding classical musicians and became the foremost exponent of the Mewati gharana (tradition). In his career that spanned nearly 80 years, he received many prestigious honors, including Padma Vibhushan, Padma Bhushan, Padma Shri, and the Sangeet Natak Akademi Award.

We first presented Pandit Jasraj at the Alternative Museum in 1984, accompanied by tabla virtuoso Zakir Hussain, who had introduced us to him. The concert was haunting and held the capacity audience spellbound. Pandit Jasraj went on to perform eight times under the auspices of World Music Institute at venues ranging from Washington Square Church and Symphony Space to Town Hall, Alice Tully Hall, and Carnegie Hall.  At the Carnegie event in1997, he joined an array of many of India’s greatest classical musicians in celebrating the 50th anniversary of Indian independence. In the New York Timesreview of this program, Jon Pareles wrote, "His voice was rich and serene, moving from long-breathed notes to ornamented lines that rippled like leaves in a summer breeze."

Panditji will be sorely missed by his many students in India and the US and by audiences around the world both for his musicianship and for his sincere humility. 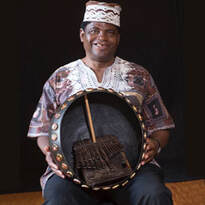 On July 10th, coronavirus took the life of one of the world's great musicians, mentors, and cultural ambassadors, Zimbabwean mbira master Cosmas Magaya. In North America, Europe, and Africa where he performed, he was universally loved by his following not only for his inspired virtuosity and expressivity, but for his generosity of spirit.

Cosmas Magaya was a key player in the renowned mbira ensemble, Mhuri yekwaRwizi, led by singer Hakurotwi Mude. He performed both for Shona religious ceremonies, and for the concert stage. His richly textured life encompassed avid farming, multiple terms as village headman, and director of Nhimbe for Progress, a non-profit organization engaged with rural development and emergency relief. His talents were first showcased internationally in the 1970s on The Soul of Mbira and Shona Mbira Music recordings. He performed at three World Music Institute (WMI) concerts at Washington Square Church. The first, in 1999, was part of the Soul of Mbira tour organized by ethnomusicologist Paul Berliner and was reviewed in the New York Times. Subsequently he performed again with Beauler Dyoko on September 28, 2001, just 17 days after that fateful day (9/11). That concert will be remembered by those who attended  as a deeply meditative healing ceremony. It was the first concert presented by WMI after 9/11. His last WMI performance took place in 2004 as part of the Mbira Masters of Zimbabwe tour. Over the decades, Cosmas was a guiding presence at the annual North American Zimbabwe Music Festival (Zimfest). His most recent teaching residency was at Duke University in 2016.

Cosmas was committed to Shona cultural knowledge and its documentation, working alongside his friend, student, and musical associate Paul Berliner for 50 years. His life and artistry is commemorated in The Art of Mbira: Musical Inheritance and Legacy (Berliner 2020), released only months before his passing, and a forthcoming players' method book, Mbira's Restless Dance: An Archive of Improvisation (Berliner and Magaya, 2020) by the University of Chicago Press. 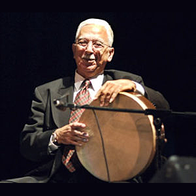 Master classical Arab percussionist Michel Merhej Baklouk, a musical treasure and icon, was one of the last in a generation representing the old school of Arab music. His 70-year career and aesthetic sensibilities represented a musical era that is slowly slipping into the past. His specialty, the riqq (a small frame drum), is one of the most delicate, sophisticated, and versatile percussion instruments of Arab music and has typically been the instrument of choice for accompanying the takht, a small classical ensemble.  Born in Jerusalem in 1928, Michel was one of the players most sought after by instrumentalists, vocalists and connoisseurs of old-school Arab music. He was the principal riqq player of the Lebanese radio orchestra for 25 years. The most important achievement of his career was being the main riqq player for over 40 years with the Rahbani Brothers and the legendary Lebanese singer Fairouz. He also performed with many of the Arab world’s greatest vocalists and instrumentalists, including Muhammad ‘Abd al-Wahhab, Farid al Atrash, Wadi’ al Safi, and Sabah. After coming to New York in 1989, he played in prestigious Arab music ensembles in the US, including Simon Shaheen's Near Eastern Music Ensemble and Qantara. In addition to concertizing, he was a respected educator who taught at Lebanon’s National Conservatory of Music for many years. Beginning in 1997, he joined the faculty of the annual Arabic Music Retreat at Mount Holyoke College in Massachusetts. In 2018, his book Classical Riqq Technique, a reflection of his unique pedagogical method and life experience in Arab percussion, was published.

In Inside Arabic Music by Johnny Farraj and Sami Abu Shumays, he was cited as being “among the most influential riqq players in the 20th century.”

We always enjoyed your concerts with Simon Shaheen over the past 30 years and our talks at the Arabic Music Retreat. We will miss your musical brilliance and stories! 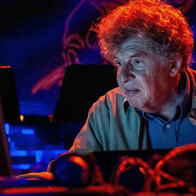 We were deeply saddened to hear that our dear friend Richard Teitelbaum, a composer and musician who performed a number of times for the Alternative Museum and World Music Institute, died on April 9th.

Richard, an electronic music pioneer and innovator, had long been an advocate for music from many parts of the world. He co-founded the live electronic music group Musica Elettronica Viva (MEV) in Rome in 1966 with Frederic Rzewski and Alvin Curran and was the first person to bring the Moog synthesizer to Europe. While studying ethnomusicology at Wesleyan in 1970, he formed the World Band, a group composed of musicians from the Middle East, the Far East, India and North America. Richard first performed for us at the Alternative Museum with bansuri flautist Steve Gorn in 1983. In 1988, he performed at the World Music Institute's Improvisations Festival on a double bill with trombonist George Lewis at Symphony Space, and in 1994 he performed in the Interpretations series at Merkin Hall alongside reedman Anthony Braxton. In 2005, we introduced him to Middle Eastern multi-instrumentalist Omar Faruk Tekbilek with whom he worked to present his opera Z'vi (Zevi), based on the life and philosophy of a 17th century Jewish mystic. The opera had its preview at the Center for Jewish History in 2005. (See NYTimes review here.) Richard was a longtime professor at Bard College, teaching electronic and experimental music there since 1988. 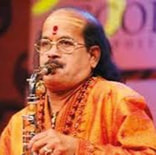 Kadri Gopalnath  12/5/1949 – 10/11/2019
​Kadri Gopalnath was one of the great innovators of South Indian (Carnatic) music. Tutored by his father on the nadhaswarama large oboe-like instrument favored for temple ceremonies, he fell in love as a young man with the saxophone. Over a period of some 20 years he mastered the instrument (alto saxophone) and introduced it to the repertoire of classical South Indian Music. He first visited the US in 1987 and performed at Washington Sq. Church, NYC for the World Music Institute. The concert was reviewed by Robert Palmer for the New York Times. He performed again for WMI in 1995, this time at Merkin Concert Hall. Kadri Gopalnath continued to perform at concerts and festivals throughout the world often experimenting across genres as in his 2008 tour with jazz saxophonist Rudresh Mahanthappa. Read more...

​Ramakant Gundecha   11/24/62- 11/8/2019
Ramakant Gundecha, one of the Gundecha brothers, the leading exponents of the ancient Indian art of Dhrupad, an austere vocal style of classical North Indian music that predates the more commonly performed Khayal.The Gundecha Brothers, Ramakant and Umakant, with their younger brother pakhawajplayer Akhilesh performed at Roulette as part of our World In Trance Festival in 2016 to great acclaim. The Gundecha’s studied under the tutelage of two members of the renowned Dagar family, vocalist Ustad Zia Fariduddin Dagar and rudra vinamaster Ustad Zia Mohiuddin Dagar. Over the past thirty years they have traversed the world performing in festivals and major concert venues to rapturous audiences and have taught their art to students throughout Asia, Europe and the Americas. 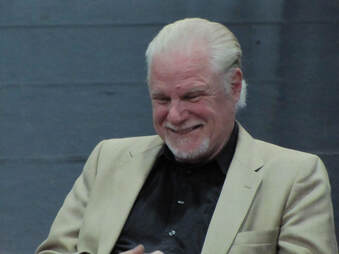 Brook Zern,
Flamenco aficionado and a major contributor to the appreciation of flamenco in the United States
February 10, 1941 – June 22, 2019


Brook Zern, a longtime resident of New York, Andalusia (Spain), and Martha’s Vineyard, was immersed in the world of flamenco for over 50 years – a journey he shared with his wife Kristin. Called a “flamenco historian" in the New York Times, Brook preferred to think of himself as a devoted aficionado of one of the world’s greatest and most powerful cultural creations. In 2008, he was knighted by the King of Spain for the dissemination of Spanish culture in the US.

​While in Andalusia, he spent countless hours in private homes, bars and roadside ventas of Seville and Jerez and such small towns as Moron de la Frontera and Utrera.  He knew many legendary artists, including singers Juan Talega, El Chocolate, Fernanda de Utrera and Manuel Agujetas; dancers El Farruco, Angelita Vargas and Manuela Carrasco; and guitarists (and his teachers) Sabicas, Diego del Gastor and Mario Escudero.   He went on to lecture at universities, festivals and cultural events, appear on television and radio, and write articles for many American and Spanish publications and websites, including the New York Times, the Village Voice, and deflamenco.com.  In 1987, after a long effort, he helped to assure the preservation of the prominent Spanish Television series Rito y Geografia de Cante.

To many people in the flamenco community, he was an invaluable resource with his deep knowledge and expert advice. For us, he was always there to lend a helping hand  - whether with artist recommendations, visas, program notes or proper translations, among other things.  It was an inspiring experience to sit near him at a flamenco event, because the stories and critiques were so wonderful.  Brook, we will miss you!